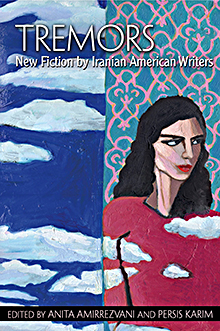 Anita and her co-editor for Tremors, Persis Karim, along with Amir Soltani, appeared on the show on May 8, 2013 to discuss the anthology and Iranian-American culture and community. Listen to the show archive…

KPFA Radio: Voices of the Middle East and North Africa

Anita and Persis were interviewed on the Voices of the Middle East and North Africa show (KPFA Radio: June 12, 2013). Listen to the the show…